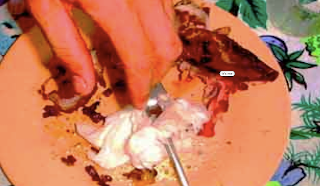 "The mouchette persona and web site are loosely based on Robert Bresson's 1967 film Mouchette, about a suicidal adolescent girl who is raped in a forest at night. A quiz likening the site to the film once appeared online, but after Bretton's widow threatened to take legal action against the artist behind the project, the quiz was taken offline. It has since appeared on one of many web sites created in response to the project. These range from celebratory spin-offs to angry attacks. Clearly, http://mouchette.org provokes heated reactions to its portrayal of child sexuality and to the way it constructs and manipulates identity online." (New media art, Mark Tribe/Reena Jana)